As of late, I either became a closet maker or haven’t been making much. That’s why I haven’t been posting as often as I would like to. It’s time to break that with the new official DIY t-shirts. I finally took the new sewing machine out for a spin. Apparently, I had some trouble. Stupid self threading. 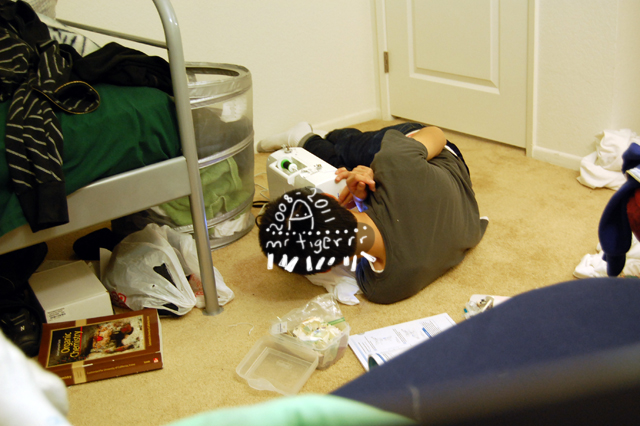 4 hours later, I finally got all 7 seven shirts attached with new embroidered pockets. =] So the three founders of DIY, including myself, lived in the Cielo hall our first year. Cielo means sky. The sky’s the limit. DIY is where we reach it. Ha. =] You can kind of see the blue lining. It’s one of the coolest patterns I have. That’s all I can show you for now though. =] 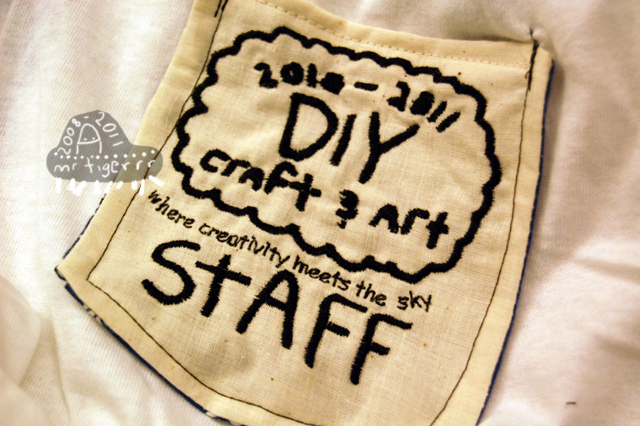 Check out the back! Credits go to our advertising coordinators for that. 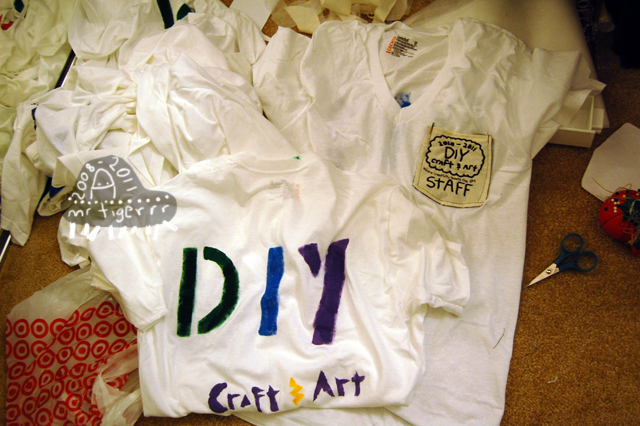 All ready to go. I had this idea where I was going to just sew pockets onto to shirts for my own brand a while back. Consider this a preview of things to come. =] 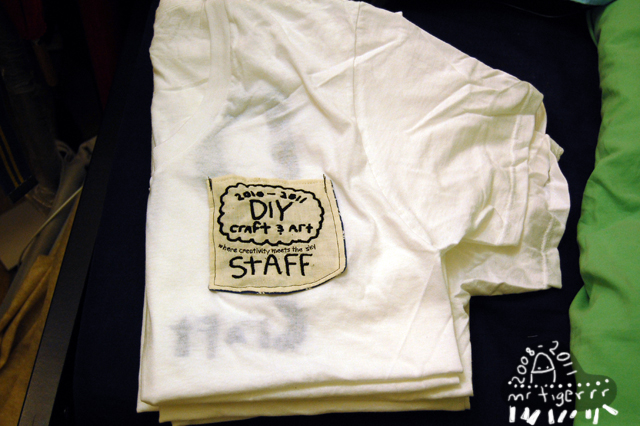