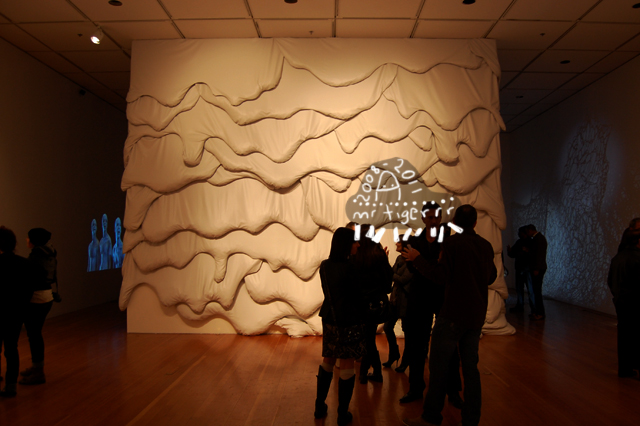 There were so many great works up tonight. I was working on my webseries script with a friend. You will eventually see it in few months!!! Anyways, we finished up, I headed out, and found myself in the middle of the MFA art opening. 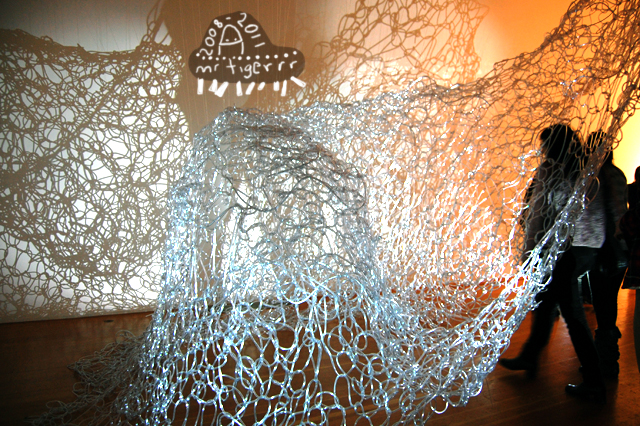 It was so inspiring. The grad students are a select few, so the work they make is really, really good. This one cracked me up. These letters were on a table inside a tent. Intimate relations? 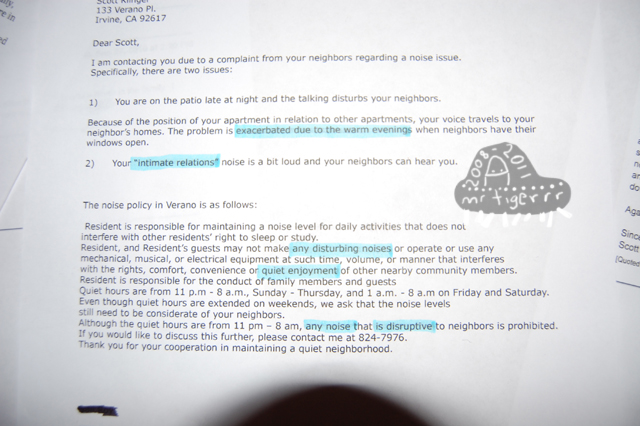 Floating grass. Genius! It’s not even grass. I don’t even know if it’s fake. I just called it grass for the sake of having it make sense to me. 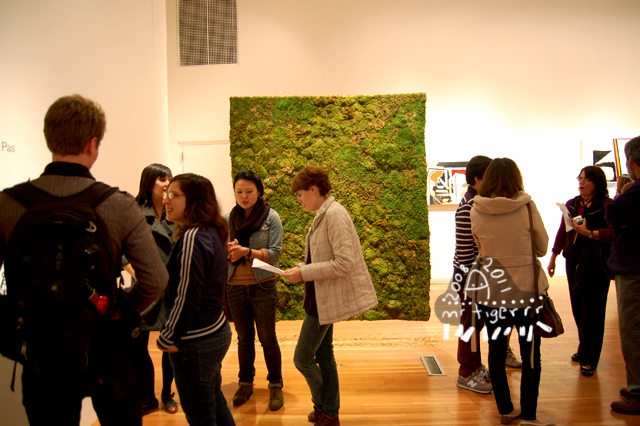 These “birds” are almost alive! They inflate and deflate depending on the number of interactions. It’s like dying and reliving. The cycle of life. 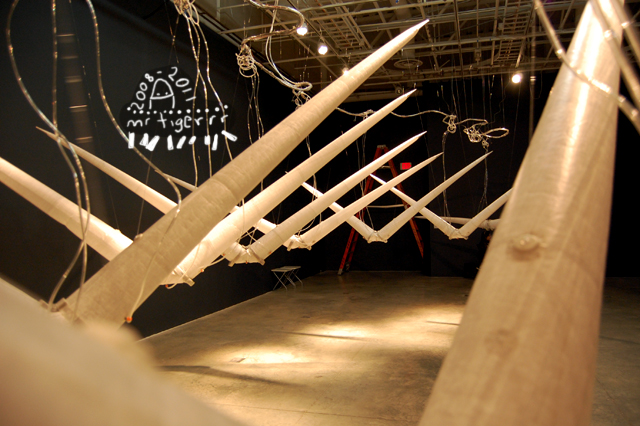 This column was made so you can’t see the bottom. It messed with my head for a bit. Until my friend Noe flash his camera light down there. It takes away the magic. There should be a note down there. Something like, if you can see this, you’re doing it wrong. That would be pretty funny. 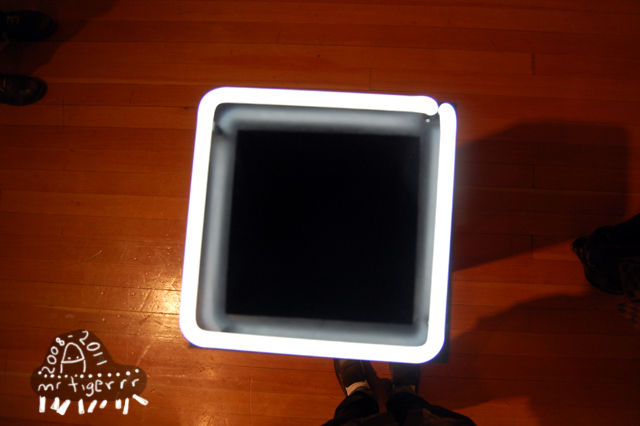 I don’t know what this is, but it inflates and deflates. Kind of like the fan people that you find near car dealerships except the art version. 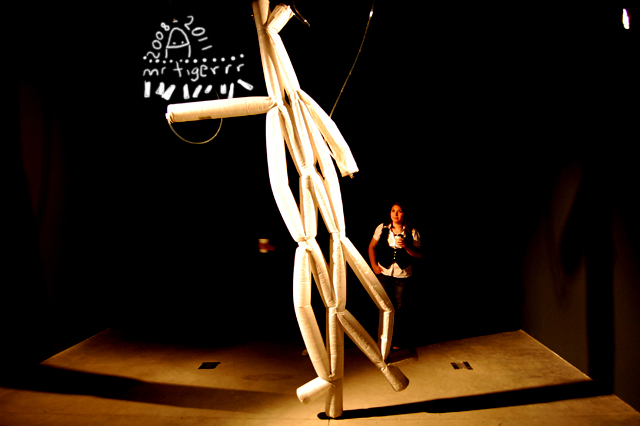 Note to the wise, if you ever go to a gallery, be very careful not to touch the pieces. As I was in there, it started to inflate again. I quickly rushed out. 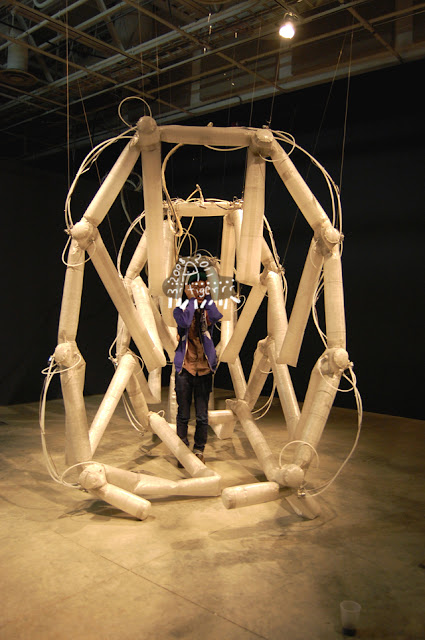 These pieces are by a friend of mine. Janice Miyagi. I’ve been running into her lately. Even at the UCLA juried exhibition last week. I wish I had a photo of her to show, but they all turned out blurry. Poo. The middle one is not chocolate. 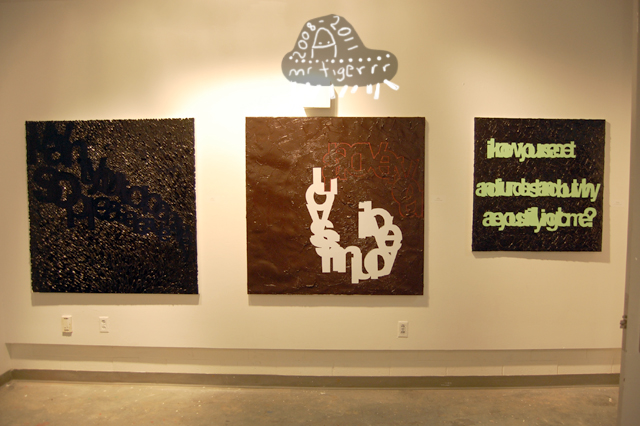 I really like these pieces. It’s like she is trying to tell us something, but doesn’t want too. I’ll leave it to you to figure out what each one says. 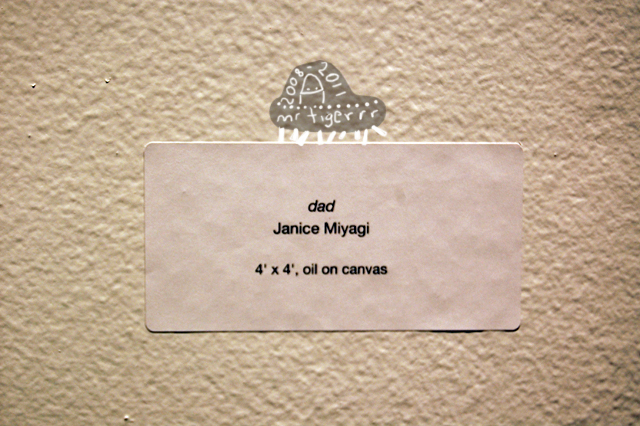 I go in and out of love with art, as with all the other things I’m doing. It’s why I dabble in so much. 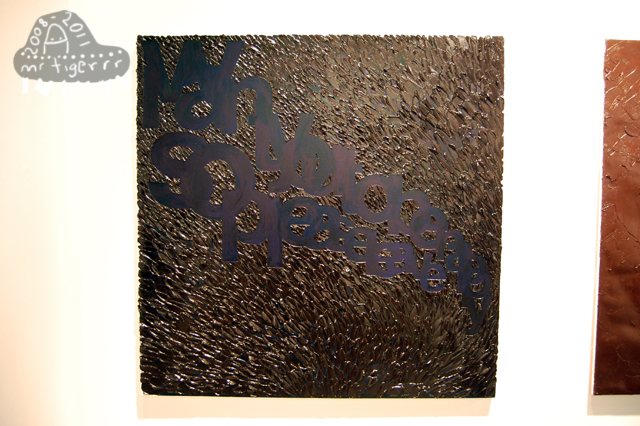 I get bored easily. Tonight, I realized, if you are around enough inspiring works, you become surprisingly inspired. 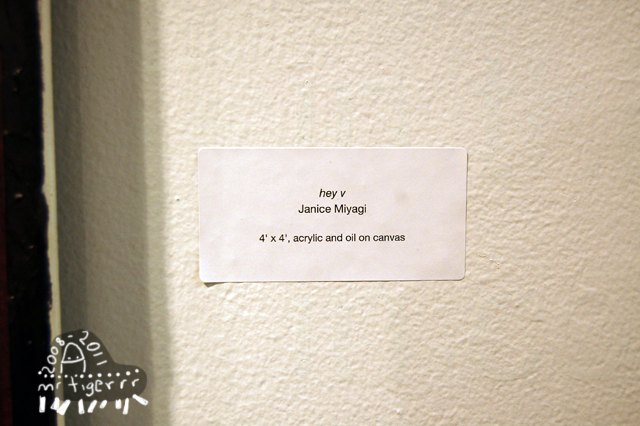 I almost forgot how that little spark of inspiration feels like. You kind of fall into a groove and forget why you’re doing what you do. 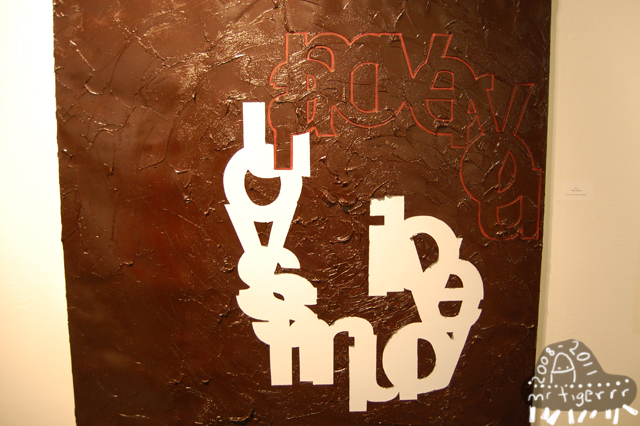 Then you get all worried about the future and try to work harder to ensure your success. However, all the stuff you make isn’t that great. 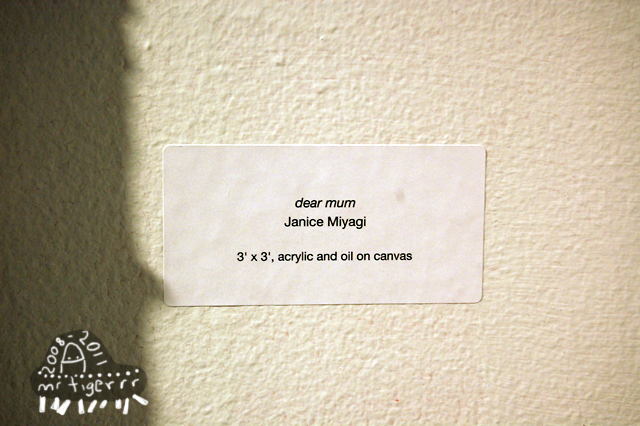 After running into a few friends who graduated and now have jobs, I realized life is going to be okay. It really is. Sometimes you just have to let life run it’s course. It will be okay. 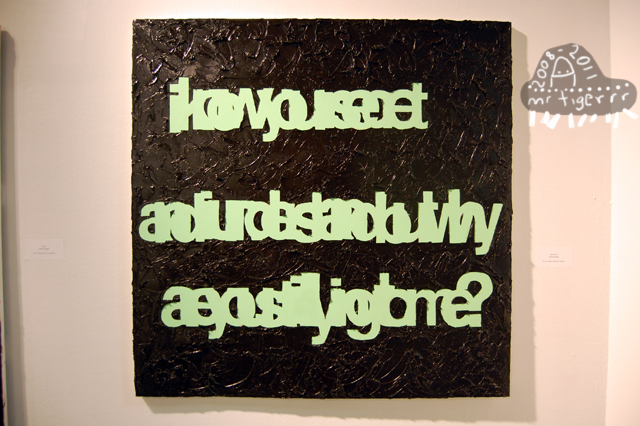 Recognize that shirt? A few months short of a year, Maivy sports her mrtigerrr shirt. =] I sold that to her at the No Junk show. Back when I was writing blogs on my WordPress. 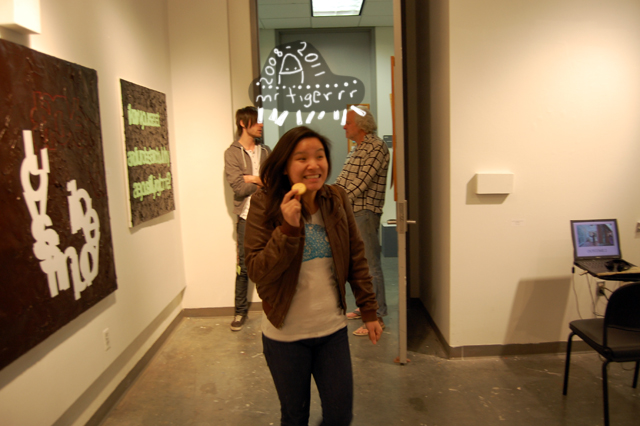 You eventually start to see the work pay off. It take a while. I’m just starting to see the fruits of my labor. It’s a nice pick me up. Life is starting to come around full circle.

Life is still weird though.
mrtigerrr